Lockcard users were starting to request new features and complain about the way certain existing ones were designed. Lost in all this scattered information, undecided on how to prioritize user feedback. 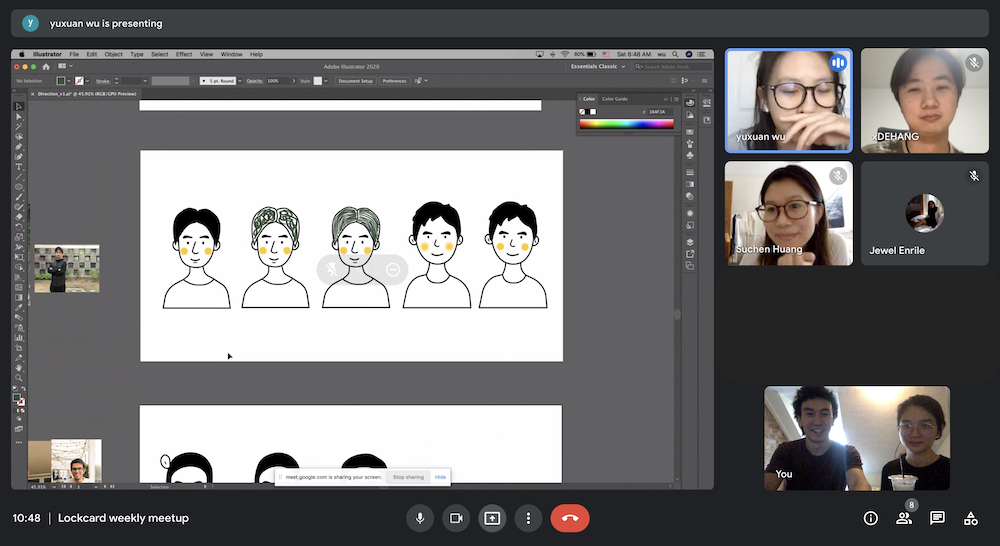 Lockcard users were starting to request new features and complain about the way certain existing ones were designed. Lost in all this scattered information, undecided on how to prioritize user feedback, and upset about our personal work dynamic, Xinyi and I decided to bring on fresh faces to the team:

The last hire in May was Xinyi's roommate, and our very good friend, to lead Lockcard's marketing. He doesn't have a lot of professional experience there but two things that made us want to hire him: he was very excited about working for a friend's startup, and he's a very networking-minded person. For example, he stalks people very well and isn't afraid to flaunt on LinkedIn when something good happens, whereas I feel like that is arrogant. On top of that, we were seeing each other every single day since he lived with Xinyi, so I thought I could use those moments to do stand-up.

But very quickly, red signs started to pile up. He worked very little in comparison to other members, came up with abstract goals (whereas marketing should be metric driven), and mostly importantly, he rarely took initiative, thus relying on founders to follow-up with him.

Most will think that since he's not paid, it doesn't really matter. However, I have high standards for people, especially on a project I believe in so much as Lockcard. It took me too long to realized that I was spending more time on training him than the value we were getting in return. So, on the 3rd team meeting he skipped, we let him go. PS: He's still a very close friend today.

Now this part is more interesting because both parties are to blame. Over the course of 3-4 months, we saw three developers join and then leave us. The first one was Kouzi who knew his starting state to his new full-time job at WeChat, and so naturally he couldn't stay longer. Then, we had Davis who runs his own app-development company, and was helping us irregularly throughout the week; he was quite knowledgable about widgets, but ultimately had to leave us to focus on his business. Last was Davis, who worked full-time for another company and so would spend his entire weekends on Lockcard. He was more skilled, more accountable and spoke better English, but falling sick one weekend meant that we lost 2 weeks of development time; he left us in August, afraid that he couldn't handle all the work on time.

It is worth mentioning that all three developers spoke limited English, and that I spoke even worse Mandarin, and so most of our conversation had to be written so that I could translate them in my own time. You can read more about what's it's like working with a multi-lingual and multi-cultural team right here; it has its pros but it certainly did not help with speed and sometimes led to cultural misunderstandings.

Developers are a weird specimen. I've worked with many over the course of my ventures, and I'm just learning that development differs from other professions in that it's very hard to do part-time and well. There's constantly a backlog of items, and being able to tackle only a few at a time, or even worse half an item per sprint, creates a lot of frustration for a startup. For blog writing, it's okay to take more time because it's an independent activity that doesn't affect other work much.

And so, during our development sprints I put on my manager hat and focused on execution, which caused our developers to feel rushed and worry about writing low-quality code. As a result, for example, the first Upwork freelancers wrote code in a language that wasn't scalable, and Mickey left us with some major bugs. But I sincerely believe that growing a startup requires experimentation, and thus rapid execution without necessarily consensus from the entire team or bug-free features at every release.

Lesson learnt: we hired our first full-time paid iOS developer in September 2021, and it's much faster than before. [I'll go into more details about the new developer a bit later].